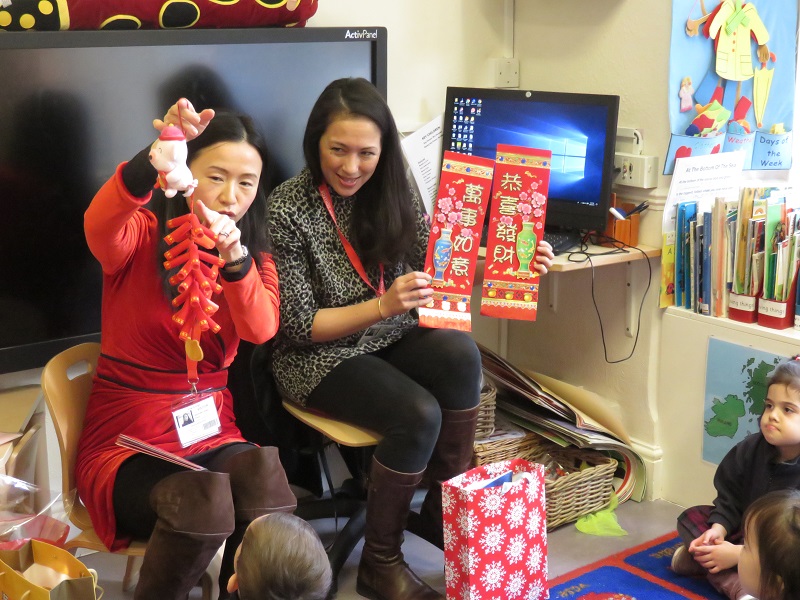 This year, as with previous years, I had the opportunity to speak to Audrey’s little nursery and school friends about Chinese New Year. When it comes to traditional festivals, it takes much more effort to put on a celebration in a place where it is considered foreign. If I were still in Hong Kong, I would probably skip many of the required rituals, but being the only one in a family to have experienced the ‘authentic’ offering, I feel very much responsible to make Audrey learn and understand the significance of Chinese New Year and be proud of her own heritage.

So together with another mum at Audrey’s new school, we went in before half-term to talk about the story of the Chinese Zodiac signs, and how the Chinese celebrate it: the fire crackers, wearing the colour red, giving (and receiving) red packets, and of course cooking and eating all sorts of special foods – all with their own significance.

This year, I also ran a local dumpling workshop for the first time at the Richmond and Hillcroft Adult Community College. Although many other cultures consume dumplings of many kinds, making Chinese dumplings offers a unique opportunity for many grandparents, parents and children to think and talk about the fillings and wrap them up in dumpling skin. It teaches us the patience and skills required in preparing food. For children, it also stretches their creative minds and challenges their motor skills to make a dumpling that seals! 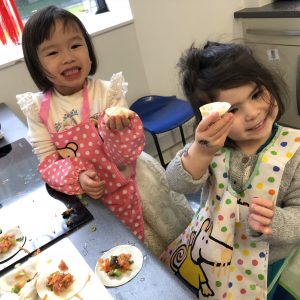 As the Chinese saying goes, “you are most fond of the memory of loved ones at special days”（每逢佳節倍思親）… this is also the first year without my grandmother. Although it had been a few New Years that we had celebrated together, the best times of my childhood were those around her kitchen. So to honour these memories, I had attempted but failed to make her delightful signature New Year food – deep-fried sesame balls (煎推) , but had (rather successfully) made this glutinous New Year cake / pudding, nian gao (年糕).

Owing to the limitations of translation, this cake or pudding is unlike how would see cake or pudding in the Western context. ‘Gao‘ typically refers to a steamed sweet dessert (but can also include some savoury options). For the Chinese, eating gao signifies progression, which can mean onwards and upwards, as it shares the same sound as high (高) [as in achievements]. Here’s the recipe I used: 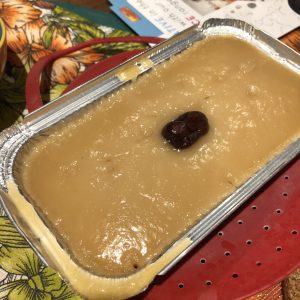 Dissolve sugar in water. Add coconut milk. Once cooled, sieve through both flours into the liquid mixture. Pour into container and top with a red date. Steam for an hour. Cool under room temperature and refrigerate.

Slice and pan-fry (on its own, or with a coat of egg). Serve immediately.

Wishing everyone a prosperous and healthy Year of the Dog, and to many sweet things ahead.