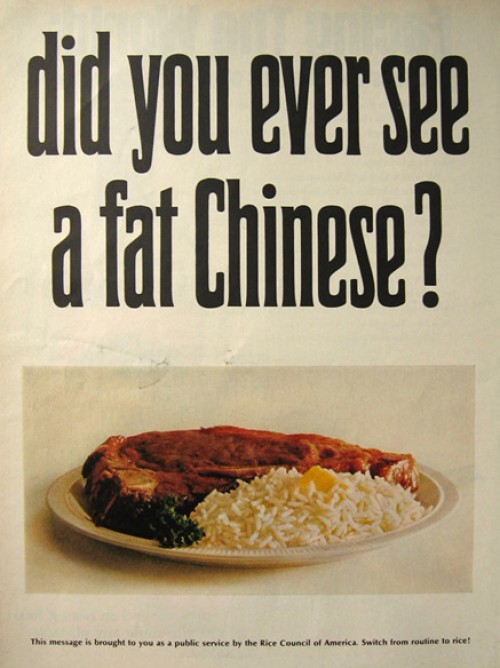 Today shortly after we arrived late for Audrey’s class, I was asked by the carpark monitor to move the car. As I hurried over, he also said I should ‘apologise to that lady’. I knew I had parked in a wrong spot but it was only for a few minutes. The ‘lady’ was furious about my ‘misbehaviour’ and her male companion, as he saw me, shouted, “it’s written in English, Private Parking… [saying] ‘sorry’ is not enough, it’s happened too many times!” I was guilty of parking in the wrong spot. Full of embarrassment, I just wanted to quickly undo the error and leave the scene as quickly as I could (barely saying a word only a couple of “sorry”s). But as I reflected a few moments after, I couldn’t help but think about the words he said “it’s written in English…”

Perhaps I was being too sensitive. It was just a quick comment out of frustration as his private carpark space had been invaded by parents alike too often. However, would he had said the same thing if I were Caucasian? I kept on thinking about it and decided: No. He said it because I am Chinese, and in times of conflict, the “fight” mode (albeit verbal) draws upon many of the racial stereotypes one may have, and that by saying “it’s written in English” quickly establishes racial boundaries that he’s white and I’m Asian, that I am a ‘foreigner’, ‘the other’… and that by emphasising “English”, he pointed out a global language foreigners ‘should’ understand. Violating this basic means of communication had reinforced my position as an outsider in a commonly shared physical space in London.

It would be quite impossible for white English speakers to feel the way I do. And I would not expect them to. However, there exist many non-White people who speak English as a first language such as my husband, Jeff, who is American Chinese. He has experienced many ‘surprises’ about his excellent command of English in the UK than he had anytime in his life in the US or other parts of Europe.  On one of his first cab rides, the cabbie was very surprised he spoke ‘very good English’. As work, when asked where he was from, he would be greeted by a typical further question “where are you originally from…?” – never in the US was he asked something like that. In most of the cases, this was out of curiosity, but it also suggests that English is still very much owned by a selective group of people: the privileged white middle class.

I am no expert in race, class and language, but in my past two years at SOAS, and indeed having lived as a ‘non-White’ ‘other’ in the UK for a decade, I have become more aware of the implications of being being different based on my ‘race’. Most people are genuinely interested in my personal background, where are you originally from? (often in a rather awkward way) They might just want to share something in common such as their own travel experiences, oh I’ve been to Hong Kong too, blah di blah di blah… Often enough, however, there is a reinforcement of being the ‘other’. Perhaps I am too self-conscious. As I work in the area of food, nutrition and public health, when I first started doing community sessions specifically teacher-training, I was nervous not being able to be one of them and build rapport. When discussing the scale of UK obesity crisis, UK food and diets, what do I know about what people in the UK eat? And who am I to discuss their health problems? I am a newcomer, a foreigner. I got slightly more used to it as the years go by, and now feel much more confident to share my background and experience. I still constantly reflect, how am I entitled to speak about the British food, culture and dietary habits?

Having worked in public health for most of my career, I am familiar with the many guidelines which group people in society and create stereotypes of behaviour based on their race/skin colour. It is certainly most relevant in the context of nutrition and health, as often these differences are purported as based on biological science.

I recently wrote an essay titled: Ethnicity and health in the UK: biological science or racial determinism? It looked at how race has been newly termed as ethnicity, which has more recently reframed as ‘cultural differences’ so as to avoid the sensitive R word. Quoting Dagkas, I wrote about how public health guidelines in the UK reinforce negative views of brown-ness and the way black bodies are represented such as how they are more likely to engage in risky health behaviours (P.10). It acted as a self-critique to a briefing paper I wrote couple of years ago which proposed the genetic differences between “ethnicity” and health and the differences between “ethnic diets”. However, I have now realised how it had underplayed many of the health inequalities experienced by “Black and Minority Ethnic (BME) Groups” as a result of social exclusion and racism.

In the UK, individuals in population groups at increased risk of having a serum 25(OH)D concentration < 25 nmol/L are those with minimal sunshine exposure as a result of not spending time outdoors (e.g., frail and institutionalised people) or habitually wearing clothing that covers most of the skin while outdoors and those from minority ethnic groups with dark skin (SACN, 2016).

I wrote… [in post-war Britain] this was done through the standardisation of measures for ‘normal biochemistry’, against comparisons with a control group of Caucasians to present them as the norm, where questions of ‘ethnicity’ and ‘race’ are implied. Despite research efforts to discount skin pigmentation as a contributing factor, and environmental factors such as poor housing, absence of outdoor space, shift working and poverty, ignored for political reasons, scientists were quick to blame the health condition to the individual and community diets and behaviours (Taylor, 2016). How much of this is discussed when we try to tackle “nutrition problems and inequalities”? Poor health is an indicator of poor access to resources, and a marker of social deprivation. It is the root cause of many problems in our society, which in the wake of the Grenfell Tower tragedy, the UK government and many privileged councillors are still slow to acknowledge and act appropriately.

At last weekend’s Oxford Food Symposium, one of the most fascinating and moving talks was from Fozia at the Matatu Kitchen in Bristol. She shared her personal account of everyday racism and discussed her newly found supper club was a crucial resistive space:

Eating foods are sensory experiences of home, refuge from otherness. Ramadan is a joyful fasting experience pancakes at 4am! #oxfordfood17

Somalis are first to cultivate camels, its milk (taste of) is reminder of land/home. Having a supper club is a resistive space #oxfordfood17 pic.twitter.com/tSDvkA3vbN

How much of promoting a cuisine is performatative? A nuanced understanding of “consuming” culture is crucial.. #OxfordFood17 @OxfordFoodSymp

Fozia concluded the important awareness of ‘performing culture through cuisine’. How much, when we are trying to promote our own culture, does an extent of performance is involved? In what ways, if at all, does it reinforce racial stereotypes, or does it help to foster better understanding between people of other cultural backgrounds? It is certainly a challenging act to on the way hand promote aspects of ‘traditional foods and diets’ with very little understanding of its social and political context.

Landscape is a way of seeing which we learn. How we see the world is constructed with our own cultural lens and personal experience. Through food, perhaps, a tangible material that everyone can consume, that we may be able to think and be mindful of the intangible traces of racism which are still prevalent in our society every day.