Having lived in the UK for 11 years, I finally made it to become a British citizen yesterday. I came to this country initially as a postgraduate student, first to Scotland, and thanks to my Portuguese passport (my dad was born in colonial Macau), I was able to work in London as a fellow European national.

I had the opportunity to travel extensively around the UK and learn about British culture, which by no means is a stable entity. I learnt about the different accents people spoke, the diverse landscapes and foods and dishes which define the local people and the diaspora. Notably, deep fried Mars bar, Toad in a Hole, chicken tikka masala, lemon chicken… and the list goes on.

I had seen the Queen in person twice, first at Queen Margaret University as part of the student delegation to greet the Queen (2008), and then subsequently at her Garden Party as I worked for a registered charity her daughter Princess Anne was patron for (2011). I had also spoken in front of the Princess Royal and met her a few times as part of my team at the British Nutrition Foundation. I felt very honoured to be coming all this way from Hong Kong, a former British colony, and to be working and representing an organisation with such prestigious links.

However, living in a foreign space and trying to find my ground does not come without challenge. This was particularly heartfelt after Audrey was born, as we make new friends in the area and also taking part in the wider community as part of her school and other play groups. Motherhood comes with profound responsibility not only caring for a little one’s physical and social wellbeing, but I also felt the importance of nurturing her sense of pride in her cultural heritage. Both come with its unique challenges but also new and dynamic understandings of how best to be a mum, with my partner in crime, to bring up the little human in a foreign country we now call home.

At yesterday’s solemn ceremony presided by the leader of our local borough (picture to the right), 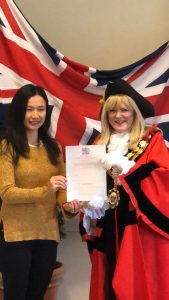 the officiant not only conducted all the ceremonial rites, but also the occasional British humour, commenting on the weather and with a bit of an irony, how most people were born of the former ’empire’ but also from other EU member states especially Germany, France and Italy. Do we sense something oddly topical here? A German gentleman seated next to us remarked that most EU countries would only allow dual citizenship if the country is still within the European Union. As someone who has worked in London for nearly 20 years, he only felt the need to naturalise, to continue his place as home, whilst the politicians decide what they are going to do with Brexit.

As the ceremony drew to a close, the officiant then played ‘God save the Queen’ on his stereo. Everyone stood, but no one sang to the anthem. I recalled all the lyrics inside my the hymnal book from my former secondary school, just before the Handover in 1997. Only after then we started learning the Chinese National Anthem, line by line during our weekly music class. As I pledged allegiance to the Queen, “all her successors and her heirs in the days to come”, how as a (Hong Kong) Chinese national do I embrace my heritage, complicated by the history of China and the colonial powers, and this new found identity of citizenship? I think the officiant has rightly said that to many people, being British is a privilege – although some may find this way to new business opportunities, to many it means the right to access democracy and freedom, and have fought (and still do) in their journey of become one.

As I mark this special occasion, I’d like to share a recipe with a skill that I learned whilst taking Home Economic classes in early secondary school in Hong Kong. Rubbing in – fat into flour – to make a fruit crumble. I recall during those hot summer days how we would learn about the different Chinese dishes and Western baking in our cookery room (rubbing in was to make scones), and the many times being shouted at by our Home Economics teacher, how we were so privileged not having the need to cook any more (most families would have domestic helpers) and that we were chucking away a lot of unused ingredients. As with Hong Kong’s colonial roots, the rest is history. But the memory stays as I apply this rubbing in technique to make this new found and foolproof favourite for my dinner guests. 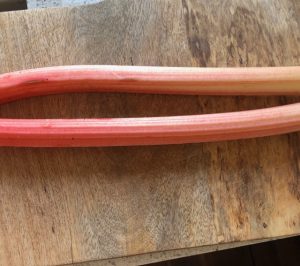 Top tip! One of my course mates in Edinburgh once told me the secret to crumble is the 1:2:1 ratio between fat, flour and sugar which works every single time.

To make the crumble, rub in the butter into the flour until it resembles breadcrumbs. Mix in the sugar.

Line an ovenproof dish with sliced fruit and/or berries. To soften the fruit beforehand, stew the fruit in 1 tablespoon of sugar and 200ml water on medium heat for around 10 minutes.

Sprinkle the fruit with the crumble and optional almond flakes. Place in oven until the top turns golden brown (around 15-20 minutes).

4 medium servings with a dollop of creme fraiche or ice cream. 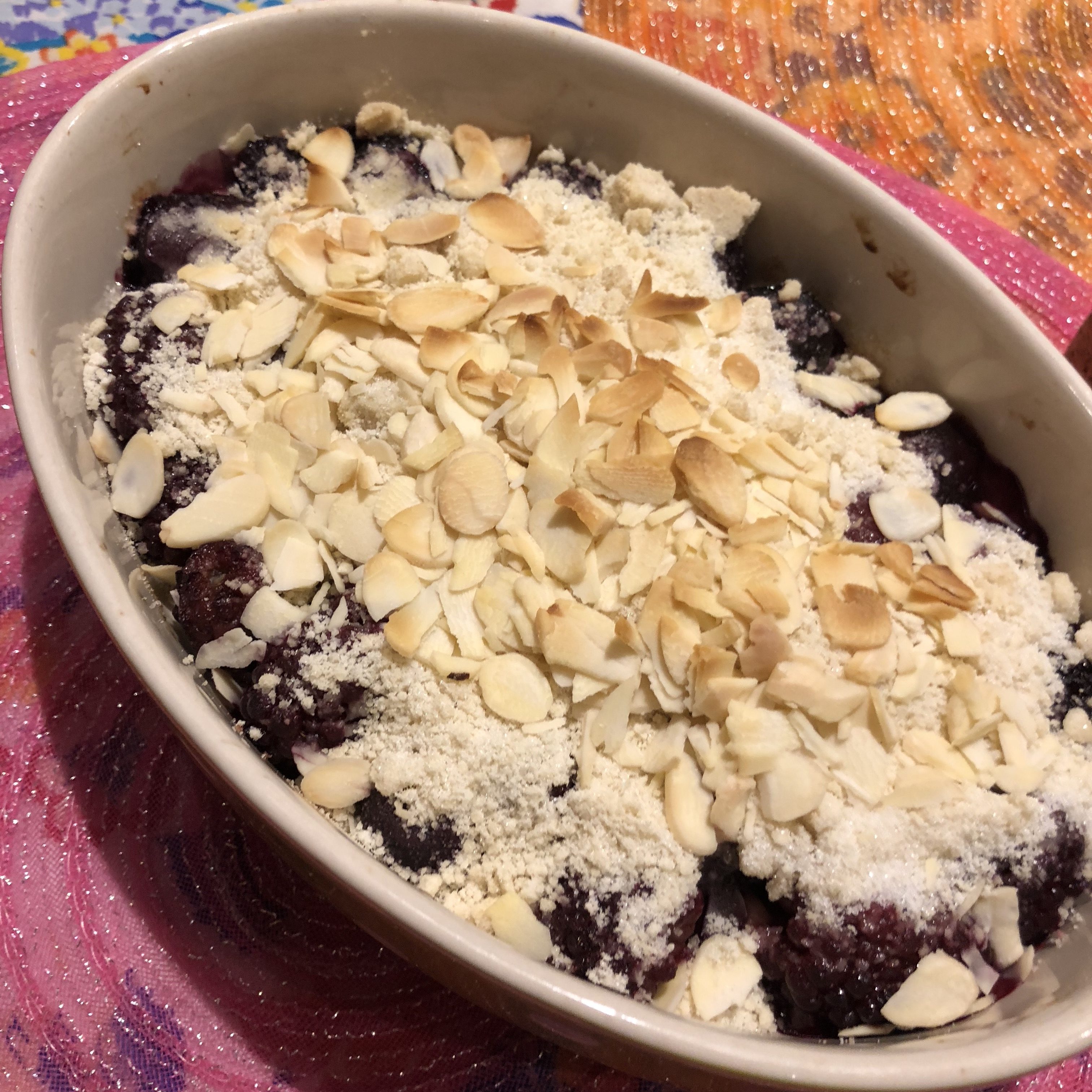