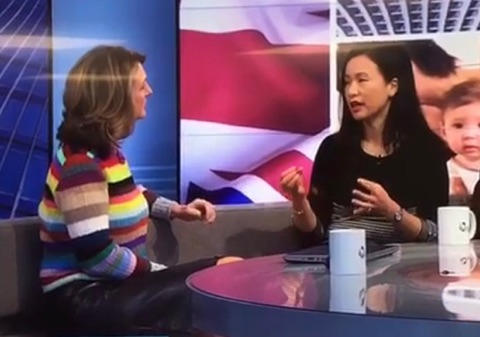 A few weeks ago, I received an email from a BBC journalist who was interested in my research on Zuoyuezi (ZYZ) – the postnatal confinement after birth practised by Chinese mothers. She was working on a feature about the health inequalities of certain ‘minority ethnic groups’ in the UK including the stigma around certain terminal illnesses, and had stumbled across this tradition, and would like to write about how healthcare professionals should work better to understand the needs for different cultural groups.

Branching confinement under health inequalities is somewhat an awkward decision. After all, if you ask the women why they practise it, all of them believe confinement helps with the recovery of the body and prevents poor health in the future. This relates to the ideas about their body on balance, how eating warming and nourishing foods, as well as preventing cold wind from entering the body, helps reset their yin and yang after the trauma of the birthing experience.

I have found the topic fascinating following my delivery of Audrey and the expectations to practise it in London. I was well aware of ‘poor health’ as my mother preached about for not doing it: all kinds of aches and frailties from head to toe. After all, the woman’s body is immediately thrown into a state of coldness and weakness after giving birth, so she needs to rest, stay indoors, practise social (and certain hygiene and) sanction and specifically eat nourishing and warming foods (and copious amounts of it) to make sure she is well healed from the trauma of birth.

I was initially carried away by this topic, through food of course, about the types of food people eat when practising confinement, and specifically on the ideas of what people thought about eating certain foods in nourishing their body at this, most would say, vulnerable time of their life. Then, I was interested to explore how many health professionals are actually aware of this practice. I once remember a friend who is a nurse recalls how mothers in Hong Kong wrap themselves up in layers and layers from head to feet in the height of summer to prevent any cold wind from going into the body. How much do health professionals know about it here in the UK?

I have spoken to many mums from different backgrounds, and realised that it’s not a strictly Chinese practice. The idea of confinement is prevalent in many cultures, as a period of rest and recovery when women, a couple of generations before, were still expected to engage in manual work. There are also differences to how it’s done. For example, as the Chinese practise this for 30 days, whilst South Asians practise this for 40 days. The Chinese use a lot of ginger as it’s believed to drive away the wind, but when I’ve come across South Asian confinement recipes which ask for tamarind and chillies.

As any social practice goes, the exact way of how we ‘do’ it, as I’ve found, varies from person to person and household to household. There’s also a huge role for the wider family to play when practising confinement so I was keen to know how this knowledge and tradition was passed on through the generations.

As great as the idea of confinement is to stay indoors and rest, I was slightly apprehensive to some of these ways. For example, although my mother has warned me about the dangers of washing my hair during this time, I did not follow this restriction as I just simply couldn’t bear the grease and grime. What I did was to use ginger infused water to pour over my hair and body. I was also keen to get out on two occasions, but not without excuses: once was when we were still at the hospital as I hadn’t seen the sun since I was admitted a week before for my induction, and the other time was bringing Audrey for a two-week check. Apart from these, I did stay mostly indoors, confined to the walls to our apartment, whilst I get used to my new duties of feeding and being a parent. I have written this experience in a blog post for the prestigious Oxford Food and Cookery Symposium last year, which can be found here.

We know this is part of ‘Chinese culture’ but as we know culture is constantly shaped by changes in the society and economy, largely driven by state policies. For example, in parts of China, Hong Kong and Taiwan, new mothers often hire confinement nannies to stay throughout the period of confinement, specifically to cook special foods for them, and to help out with the baby. Then you have confinement ‘hotels’ where mothers get luxurious treatment for a whole month, with the help from healthcare professionals for them and their baby. How does this take away the role of the mother-in-law or the woman’s own mother in the confinement practice? My PhD research aims to understand this more.

The other half has kindly uploaded a copy of the interview on the Victoria Derbyshire Programme which can be viewed here: