Sharing my work on communal kitchens 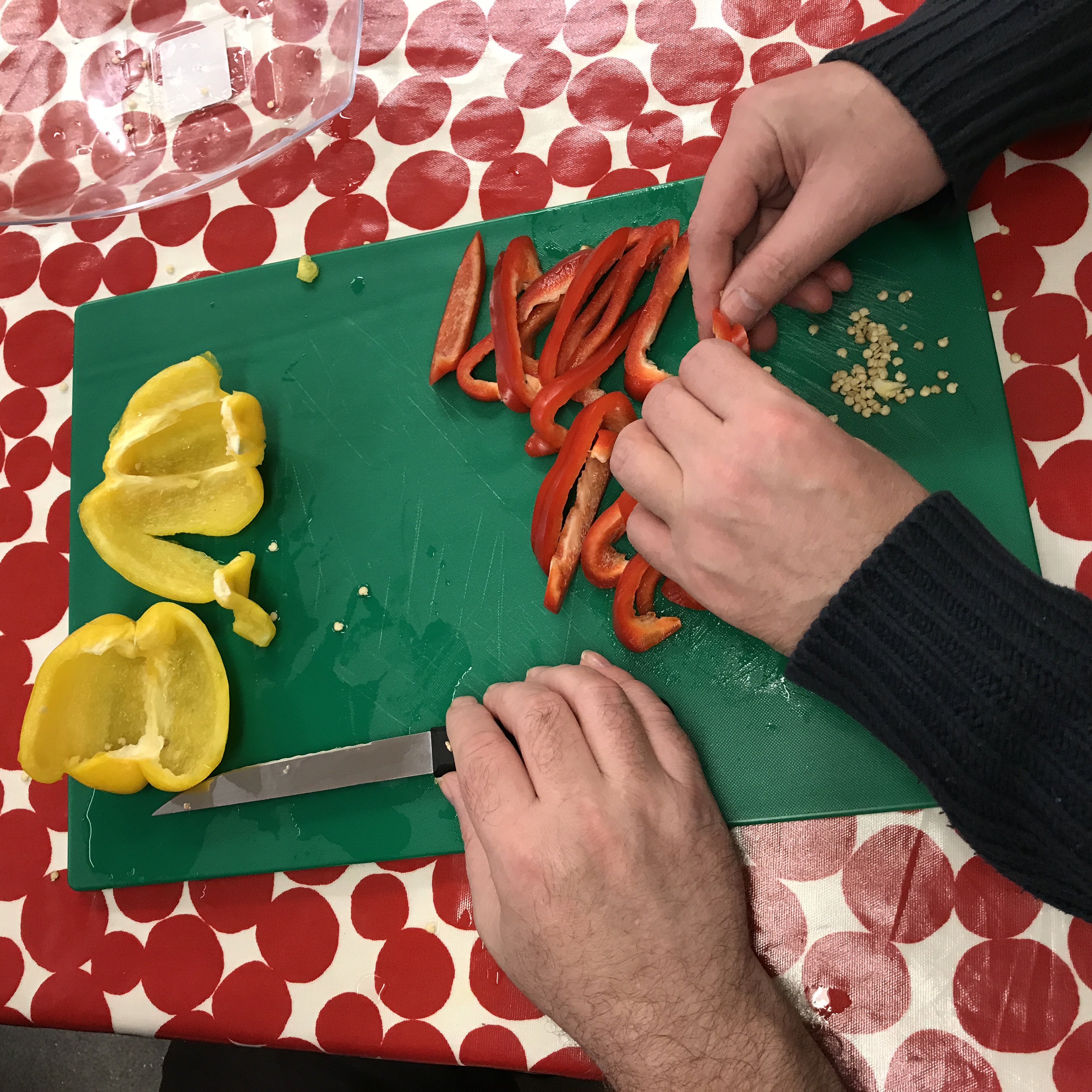 Last Friday, I had the pleasure of speaking to community nurses from the Cancer Research UK Health Professional Engagement Programme via an online talk as I was outside of the UK. It is a roadshow which goes round the UK to address the public about ways to promote healthier behaviours, especially in deprived areas.

I was approached by a former student of mine, Chloe Lamb, who now manages the programme, back in the summer. I have social media to thank for being able to reconnect with a couple of my students after my lecturing stint at St Mary’s. It is wonderful to be asked to speak on a topic which is quite close to my heart.

For a couple of years now, I have run and taught community food sessions in conjunction with local community colleges and charitable organisations around London. I kind of half stumbled into it from the time I did Man with a Pan for men aged over 55 years at St Mary’s University. At that time, the focus was teaching them nutrition information and equip them with cooking skills so that they could combine these tips to make healthier meals for themselves.

Later on, I came across the Made in Marylebone Project via a social enterprise workshop at SOAS and volunteered to teach at their weekly nutrition and food workshops. It is a charity which houses women in crisis and provides them with opportunities to retrain in the kitchen.

As a nutritionist, I am quite versed in doing the spiel at healthy eating. When I started, I very much focussed on the key messages, eat 5 A DAY, boost iron, omega-3, cut down on salt/sugar and so forth, but it was only until I understood more about people’s circumstances that I realised that this approach was very inadequate.

Most clients I worked with at the Centre were people in crisis. The charity relied on FareShare UK donations, so the nature of food deliveries were always unpredictable. As a keen cook, I have learnt to be quite efficient in the kitchen to whizz up healthy meals. But working with rather random bits of food donations had never been more testing. It required making a lot of quick decisions on using the ingredients, as well as instructing and managing people of various abilities in the kitchen.

In 2017, I began as a food tutor at Richmond and Hillcroft Community College. I was originally recruited to teach on the regular healthier cooking programme, but later moved on to another class, whose focus was for learners with learning difficulties and disabilities, those suffering from mental illnesses and living in institutions, which I have previously written here.

The video from Dr Claire Pettinger at Plymouth which featured real voices of people living in the margins was excellent to set the scene. I talked about the important ways to address poor diets, through working with the challenges which come with their lived experiences, and improving clients’ practical food skills. Being able to refer to them to communal kitchens were also a wonderful way to take part in social eating, and providing a regular hot meal for people in need.