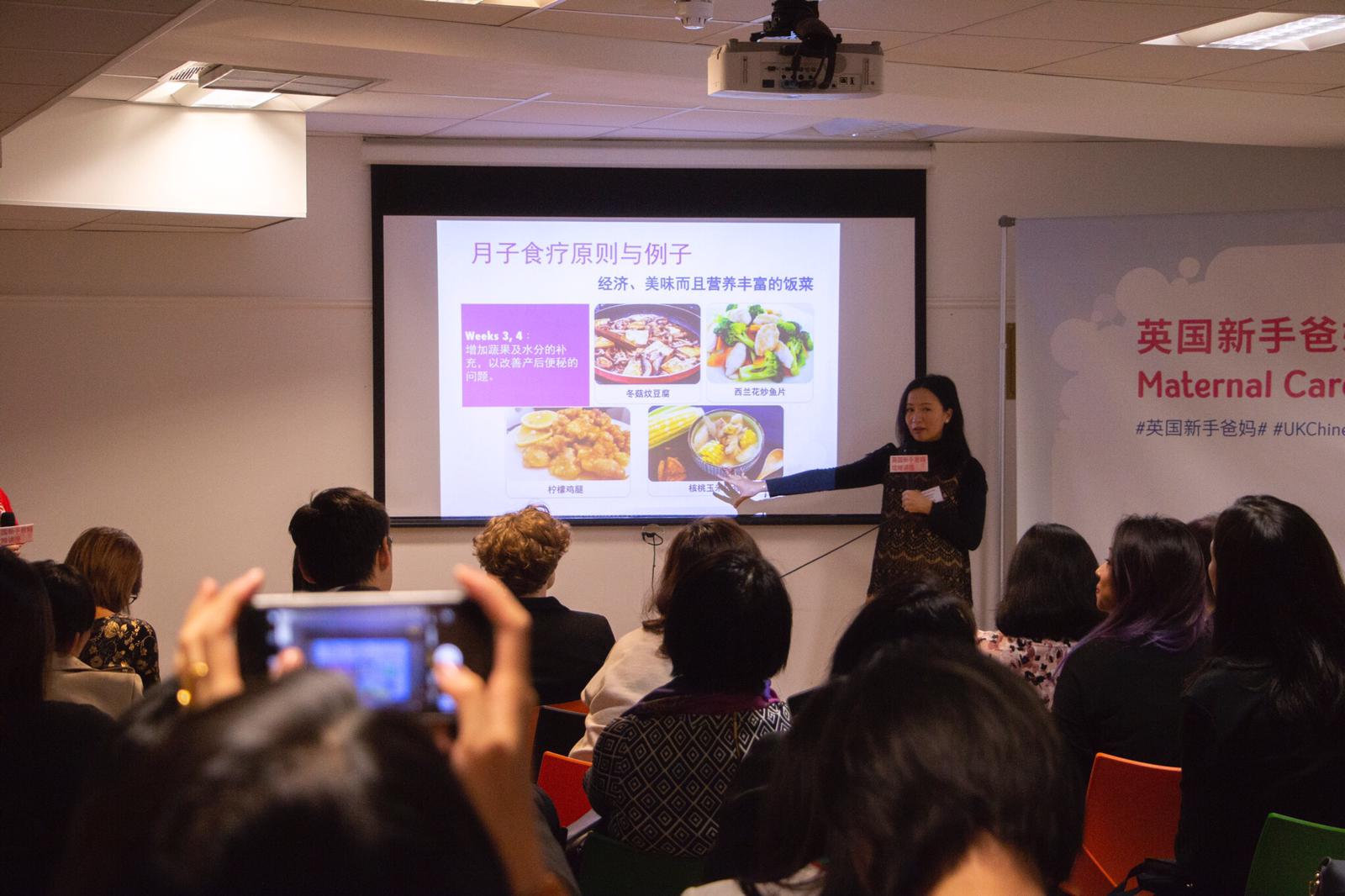 Over the last couple of weeks, I was honoured to be invited to speak on a series of workshops on “Maternal care, the Chinese way” in the UK. Comprised of a panel of health professionals including a doctor in Chinese medicine, psychiatrist, a mummy blogger who founded the Weibo platform UK kids and myself a nutritionist, we covered a range of topics, including care for the new mother and baby, how to eat well using accessible ingredients, ways to stay positive and what to expect during and after birth.

This is a cause which speaks further to my research domain. When it comes to promoting health in the UK Chinese community, this is often a much overlooked area. As a ‘minority ethnic group’, many of our cultural concerns in health are dispelled mostly due to claims of superstition, however this treatment of marginalisation can impart significant negative social and emotional outcomes.

When speaking to my fellow Chinese parents, many felt the importance of practising an extent of ‘postnatal confinement’ – or Zuo yuezi – in order to rest and recover after birth.’Confinement’ typically lasts for around 30 days, but can be up to around six weeks if mothers decide to rest a bit longer. It is not recommended to go beyond this as mothers should begin light physical activity to regain their fitness around this time. Often it is after this period of confinement when mothers may start to know their babies, even establishing a broad routine for some.

Contrary to the portrayal in mainstream media, ‘confinement’ does not mean being forcibly refrained indoors and undertake outdated rituals including not taking a shower, washing your hair and not brushing your teeth. Rather it is considered to be a privilege to be able to put your feet up and having domestic duties taken care of. This includes baby care, household duties and eating foods which are nourishing for the mother.

I first got interested in this topic as a food-related enquiry, and was curious to know what mothers ate and why they did so following childbirth. Of course I myself went through this as well after Audrey was born, but was perplexed about some of the claims my mother had on the types and quantities of food and drink I should be consuming, and why I should be taking ginger0infused baths if so, and what happens if I don’t.

As I further explored into this area, I came to realise that the importance for these food rules is not only about adhering in ignorance. The transition into motherhood can be immense emotionally and socially, and food has this power to nurture not only the body, but the mind as well.

Only until one or two generations ago, mothers remained supported by the wider family to cope with this important rite of passage – something which has become more of a rarity now as they move far away to set up their nuclear units. For migrant families overseas, many of them may struggle to come to terms without the help and support especially if they grew up with their own extended family.

These workshops provided a chance for mothers not only to listen to health professionals and network, but importantly to gain a sense of reassurance that these concerns are shared by other members of the community. In those dark, long and exhausting weeks following childbirth, the thought that other mothers are going through a similar experience can offer a light at the end of a tunnel.

This project is organised by Comms8 and sponsored by SMA Nutrition UK.

For a white paper on these workshops, visit:

A short video from the Birmingham workshop: 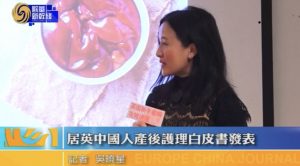 A feature on the Chinese – European news platform Huawen‘s website:

A follow-up feature on the BBC Victoria Derbyshire show from my interview last year:

“It reminds me of something as a midwife I hold dear, that it is my job to facilitate whatever a mother finds important”