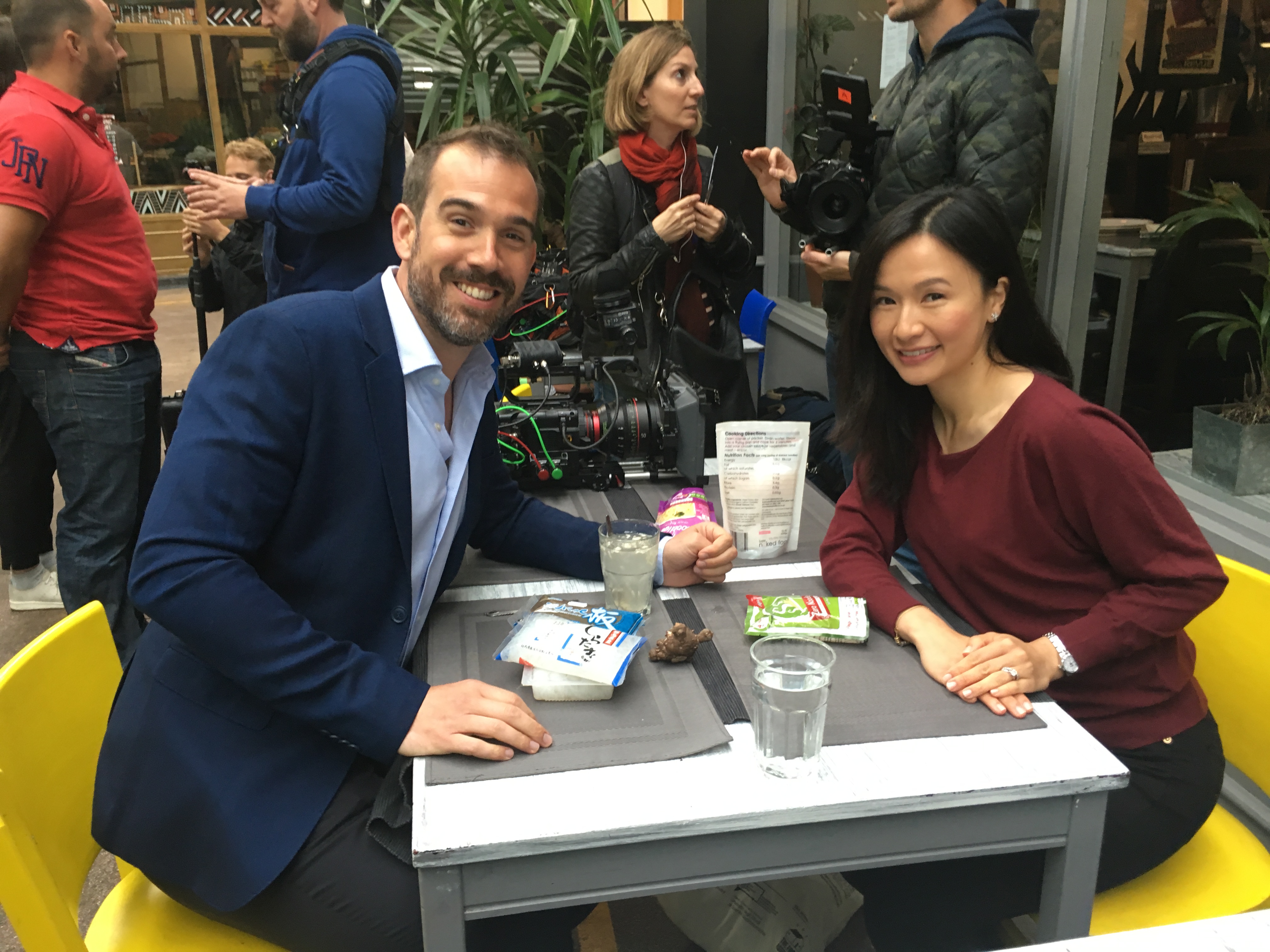 New Year, New You. The turning of the New Year offers many to set their resolutions, personal challenges and self-improvement, and a lot of them relates to being fitter and healthier. In the UK, as most people are overweight, this may mean losing those couple of pounds piled up leading up to the holidays, or the few stones which were reluctantly stored through the years.

In its second series, the programme How to lose weight well on Channel 4 picked up from last year’s to test a couple of faddy dietary regimes and debunk the myths of weight loss foods. One of the investigations was to see whether zero-calorie foods exist in real life. I talked to the programme host Dr Xand about the use of konjac root, which is type of plant used to make many products such as konjac powder and noodles, more recently available in high street health stores such as Holland and Barrett.

Konjac, also known as 蒟蒻 in Chinese and konnyaku in Japanese, is a popular plant root used in traditional cuisines in east Asia and made into snacks such as fruit-flavoured jelly. In the UK, konjac is available in a processed form of noodles and powder. It contains a type of dietary fibre, called glucomannan, consumption of which for at least 3g daily can lead to weight reduction on an energy-restricted diet, no more than 1,000 calories each day – half of the average requirement (evidence behind this EU approved health claim can be found here). As it absorbs water passing through the gut, the fibre expands to help contribute to overall restriction of calorie intake. Note that this is targeted for overweight adults only and its contains a warning of choking hazard for people with swallowing difficulties – a risk which banned many foreign konjac products for import.

In the interview, Dr Xand sampled the the concoction of konjac powder in water – a slimy liquid which is undesirable and unlikely to surpass as a normal food. The noodles costs £2.59 per 200g (to date), compared to £1 for 410g cooked egg noodles from Sainsbury’s, so 5.4 times more expensive per portion.

Verdict? As much as konjac noodles or powder show to work for weight reduction, it is unlikely that individuals can sustain a diet with only half of the average caloric intake. Further, these products are meant for therapeutic purposes, and not for everyday long-term consumption.

Losing weight in the long run requires a commitment to behaviour change, coupling healthier food and drink choices and active lifestyle.The willpower to undertake these is key, with support from family and peers. Foods also need to be acceptable in taste and culture, otherwise it becomes any fad which comes quickly and disappears before you know it.

A snippet of the interview could be found here: